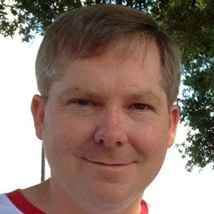 My name is Jason Spangler and I am a lifelong Scouter. I am an Eagle Scout and Vigil Honor member of the Order of the Arrow. I grew up going to Camp Coker in Society Hill, SC where I was inducted in Santee Lodge 116 as a youth in 1986. It was that summer that I got hooked on trading and collecting Boy Scout memorabilia. When the Internet took off in the 1990s my wife actually suggested the nickname "Santeeswapper" to honor my roots as a former Lodge Chief of Santee 116 and my passion as a patch trader. Scouting has been a big part of my life. I've served as a Scoutmaster twice in different troops and I count 11 Eagles under my watch. I've done a little bit of everything having been the president of an Explorer Post in college and later the Skipper of a Sea Scout ship in Lumberton, NC. I actually got to serve as a the Girl Scout leader of my daughters very active troop at our church from Brownies through Cadettes. After moving to Charlotte I've got to see my son through 5 years of Cub Scouts as the Den Leader.  My daughter joined a Scouts BSA troop on Feb 1, 2019 where I serve on the Troop Committee. In the summer I enjoy serving as the Camp Director at Camp Barstow on Lake Murray in SC.

I am the co-founder of the largest online trading community in my hobby - the Scout Patch Collectors Facebook Group. I have published dozens of videos on my YouTube Channel focused on the Scouting memorabilia hobby including tutorials and popular unboxing videos when I get a new collection in. Over on Facebook I publish a lot of new material on my Facebook Page.  You can catch my podcast where I interview interesting people in the hobby of Boy Scout memorabilia at Scouting Hot Finds Radio. I try to have a new episode every two weeks.